The truffle is a kind of fungus belonging to the family of the tuber. It grows wild in the subsoil and in particular establishes a symbiotic relationship with certain kinds of plants, first of all oaks, poplars and willows.  It is a food of the most valuable and sought after, also because of the difficulty of his research. Finding hidden under the ground in fact, unlike the more common fungi requires the indispensable help of trained dogs, able to intercept the penetrating and persistent scent emitted from fruiting body at the time of its maturation. This peculiarity is the very basis of its survival, as attracting with its own smell so intense wild animals, allows that its spores are scattered on the surrounding land, making it possible in this way the perpetuation of the species. Their particular form depends on the quality and composition of the ground: it is understood that where the soil is harder truffle result of more irregular shape, because of the increased resistance encountered in its development; while softer ground will foster a more sweet and round. 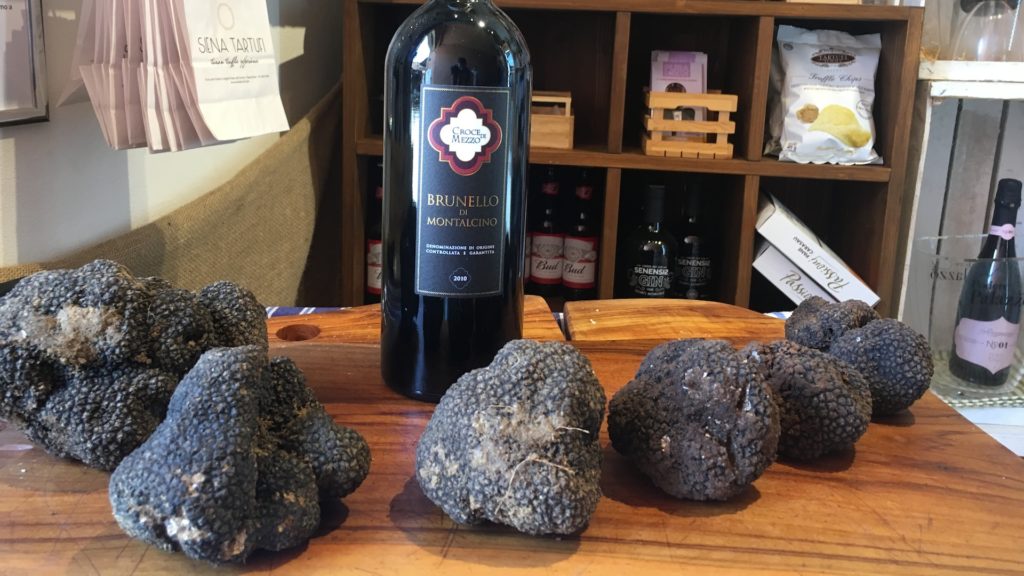 It is a seasonal product and environmental factors are crucial both for its development and for the amount is the same product; also this is linked to the market price, which fluctuates considerably in the periods in which the greater the scarcity and the difficulty of finding. In this situation, Italy is still one of the most important producers and exporters in the world of this precious food. The various qualities on the national territory are concentrated mainly in central and northern: outstanding quality of the White Truffle of Alba, in Piedmont; but also the lower Lombardy, Emilia Romagna, Tuscany, Abruzzo and Molise. Regarding instead the production of Black Truffle, quality itself more common and less valuable, excel Umbria and Molise.